More and more people these days are choosing celebrants to lead their wedding day festivities, and as a result, demand for celebrants is growing. With the laws on marriage about to change in favour of allowing celebrants to legally marry couples – something which they have thus far never been able to do – there has never been a better time to take on a career as a celebrant.

But how do you actually become a celebrant? Is it a straight-forward process, or is there a lot of rigorous training to go through? Where do you even start? This article will help to clear up all your questions about the celebrant career you might be considering.

The first thing that is useful to understand is the difference between the types of officiant.

Clergy, or vicars, ministers, and priests, are religious officiants that, by and large, operate in a church or other religious setting. Clergy-led ceremonies, whether they’re funerals or weddings, are God-focused and will often have fixed dogmatic structures which they follow. These types of services are perfect for religious couples and families, but miss the point for the majority of people these days.

Registrars can be viewed as the complete opposite of clergy. They preside over ceremonies that take place in registry offices, and as a matter of law, it is forbidden to have any sort of religious content in such a ceremony. The job of a registrar is not limited to officiating at weddings and funerals – they have lots of other paperwork to file – and often officiate two or three ceremonies a day.

Celebrants cover the middle ground that clergy and registrars cannot – at the basic level, they offer ceremonies that can essentially be filled with whatever the family or couple desire. There are very few limits on content, and most celebrants write a personalised ceremony for all of their clients, incorporating different aspects of the couple such as their world view, hobbies, and spirituality, as well as any specific requests. But there are different types of celebrant under that umbrella too:

Humanist Celebrants: Humanist celebrants are affiliated to the UK Humanist Society, and while they do offer very flexible ceremonies, their affiliation does mean they are required to incorporate certain wording into their ceremonies – and any kind of religious content is not allowed.

Pagan Celebrants: Pagan celebrants, sometimes referred to as Sacred Celebrants or even Priests, are those which practice ancient marriage traditions from the Celtic or Druidic cultures. This very often includes hand-fastings and ceremonial clothing, and the ceremonies are steeped in ritual.

Interfaith Celebrants: Interfaith celebrants are people who do not necessarily practice a particular faith, but are well-trained in many religions and philosophical ways of life, allowing them to help others to identify their own spiritual beliefs and then incorporate them into a ceremony.

Independent Celebrants: The vast majority of celebrants are independent celebrants – that is, they don’t belong to any of the groups mentioned above. An independent celebrant focuses on each individual couple and offers them essentially a blank slate, crafting a ceremony that is unique to them without the need to include certain rites, rituals, or readings. 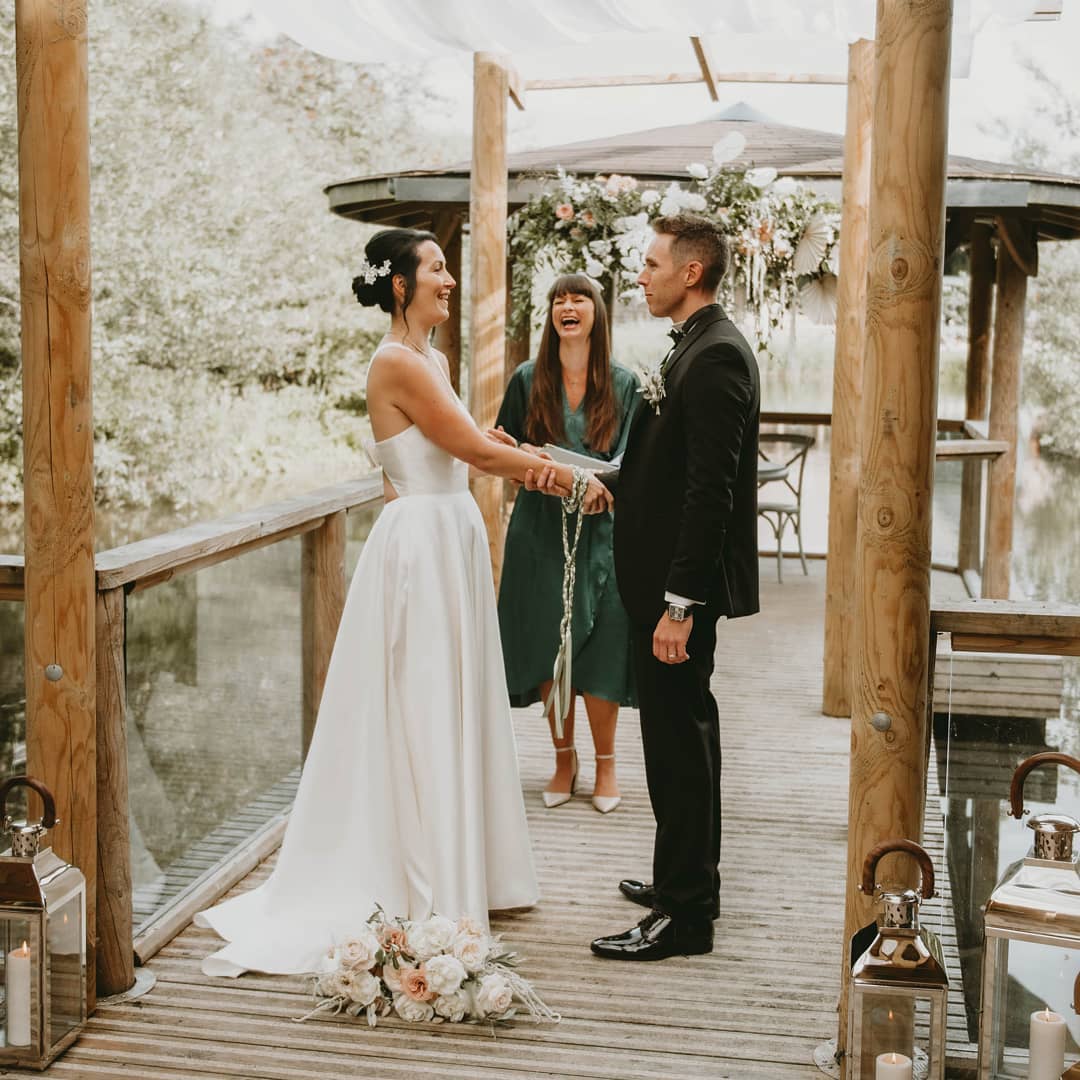 What Ceremonies do Celebrants Officiate?

What Does a Celebrant Do?

This is very-well explained in the video below by Academy of Modern Celebrancy founder Jennifer, as well as in this article.

Do I Need to Train to Become a Celebrant?

Should you train to become a celebrant? Absolutely.

Firstly, training with an institution like the Academy of Modern Celebrancy gives you a support network from the moment you are qualified. Being a celebrant often means working alone, so having people you can turn to for support is crucial to ensuring you stay motivated and successful.

Secondly, official training from tutors who know what it takes to be a good and a successful celebrant will ensure that you’re on the right path from Day 1, rather than winging it and making it up as you go along, and slowly having to refine the formula for a successful ceremony until you finally get it right.

Finally, an accredited tutor will almost always be a former or active celebrant themselves, meaning they’ll be able to pass on tips as to how best to grow your business, which you wouldn’t get if you struck out on your own with no formal training backing you up. 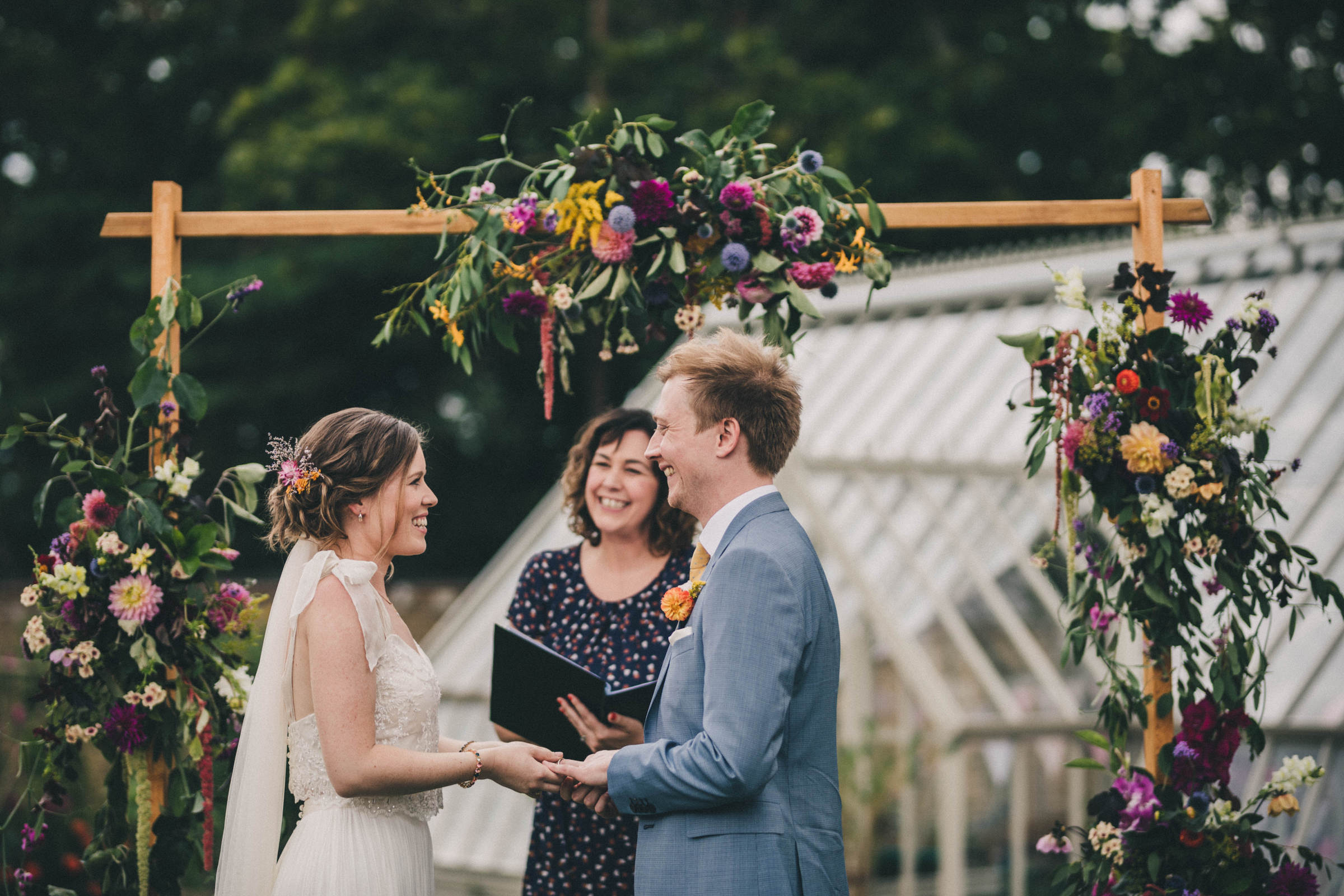 Should I Train Online to Become a Celebrant?

Firstly, at the time of writing, we’re still in the midst of a global pandemic; online training negates the need to meet in person, and therefore lowers the chances of anyone getting sick.

Secondly, online training is exceptionally convenient. You can train from the comfort of your own home, you don’t need to spend petrol money on travelling to and from a specialised training centre, and students and tutors are often far more flexible with timings than they are when meeting in person. Online training is efficient, cost-effective, and a time-saver.

Thirdly, online training means you have access to the highest quality tutors wherever you are in the world. With technology giving us location independence, even if the best tutors lives thousands of miles from you, you can still benefit from their expertise and experience without having to close the gap between you in any way.

What Certification Will I Get from the Academy of Modern Celebrancy?

You will receive an official certification from the Academy of Modern Celebrancy and be able to show your credibility to couples and families across the world. This certification will also come with membership of one of the leading celebrant training organisations in the UK. 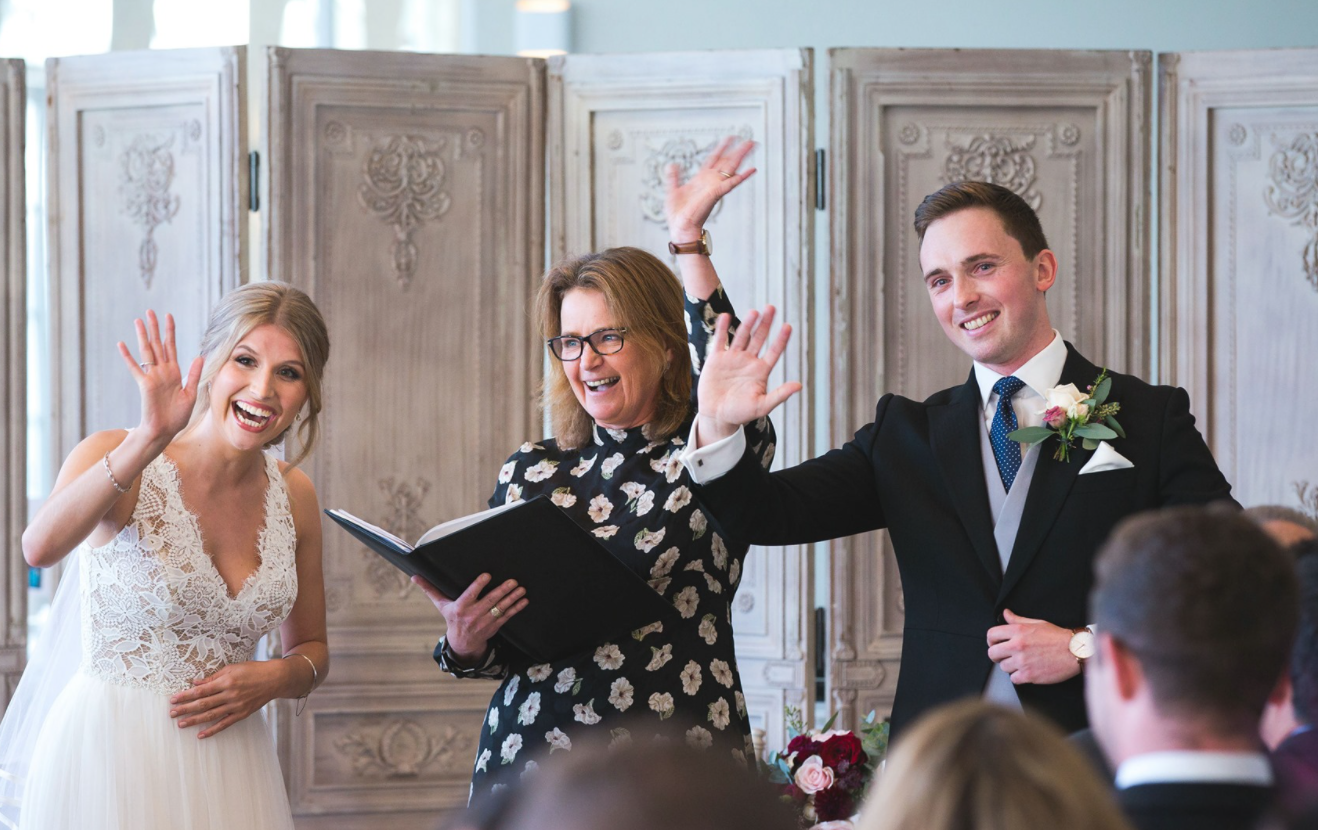 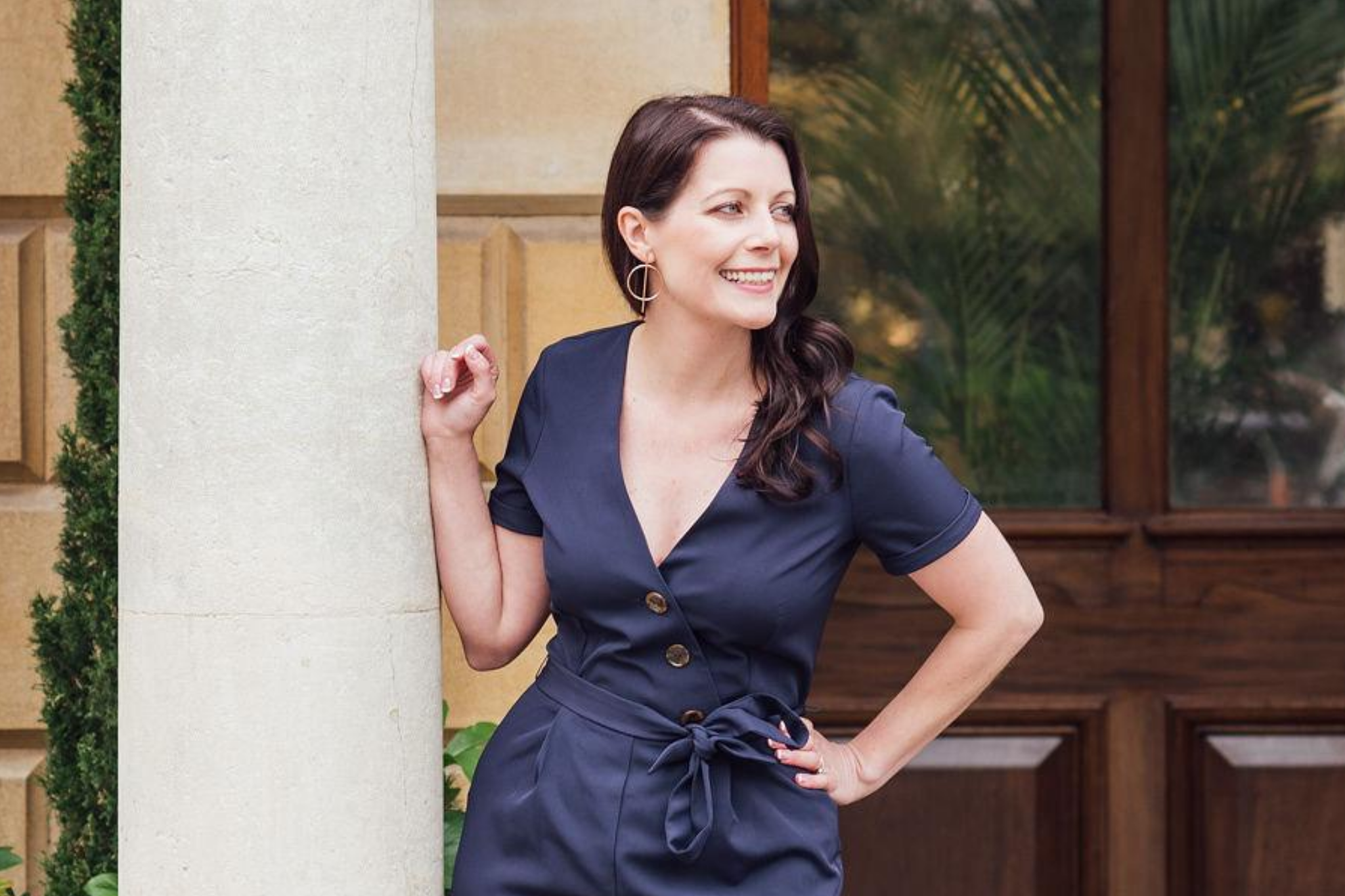 Hi, I'm Jennifer, the Founder of the AMC and a massive lover of all things celebration! Are you interested in embarking on a career as a celebrant? Take the Quiz to find out if you have what it takes!

new from the amc 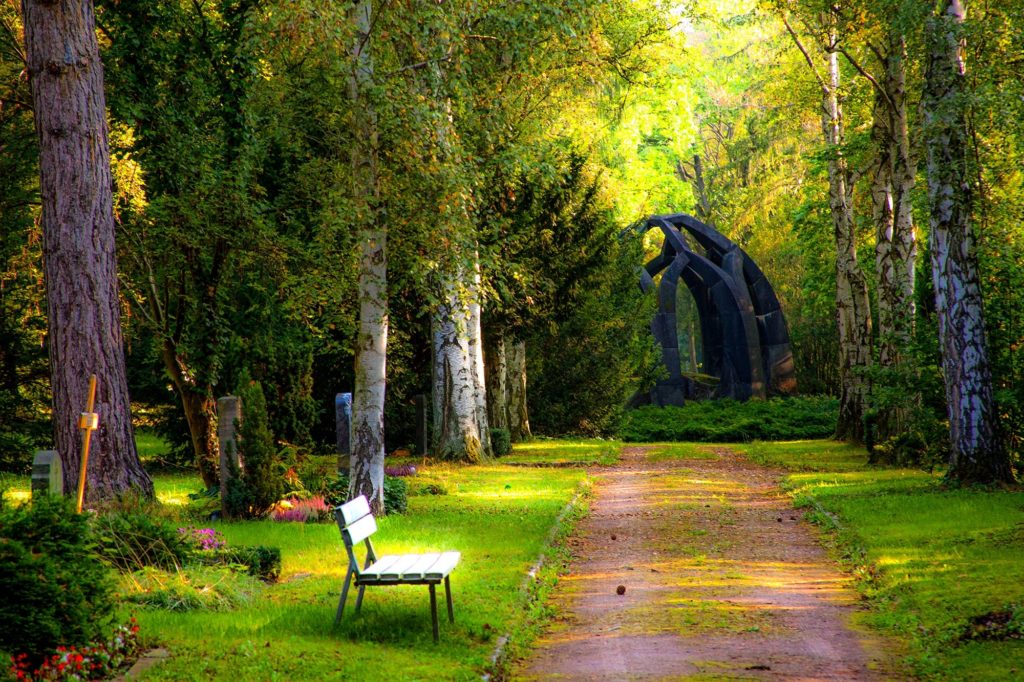 What Is The Role Of A Funeral Celebrant?

In short, a funeral celebrant is a funeral officiant that officiates funeral services. Typically, they organise and… 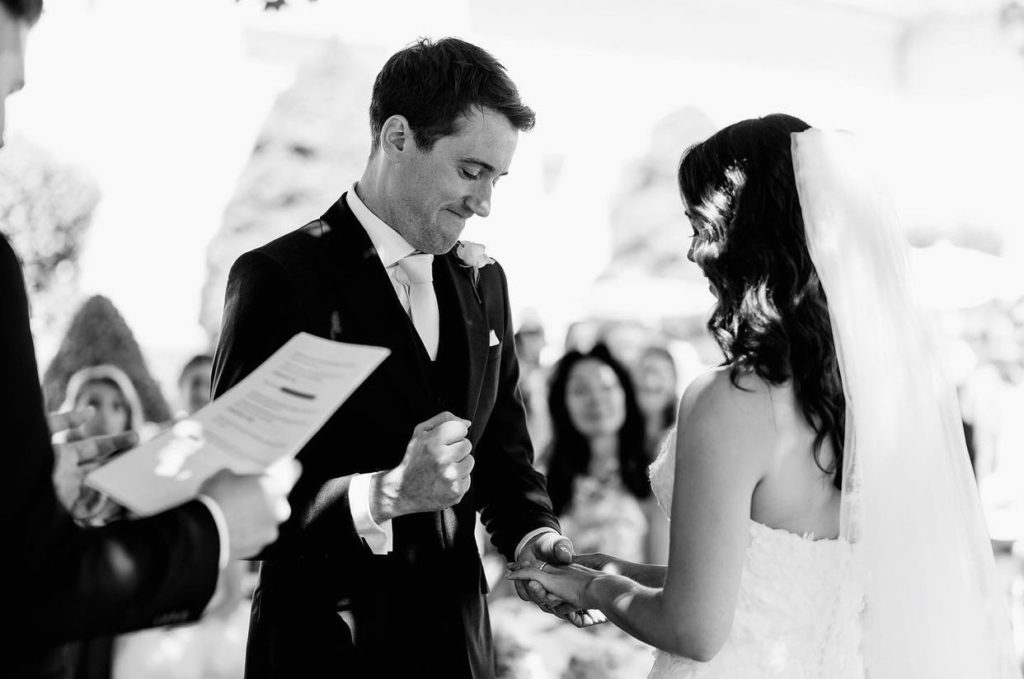 Why Being A Celebrant Is So Rewarding

Simply put, being a celebrant is one of the most rewarding career paths you can pursue. Every… 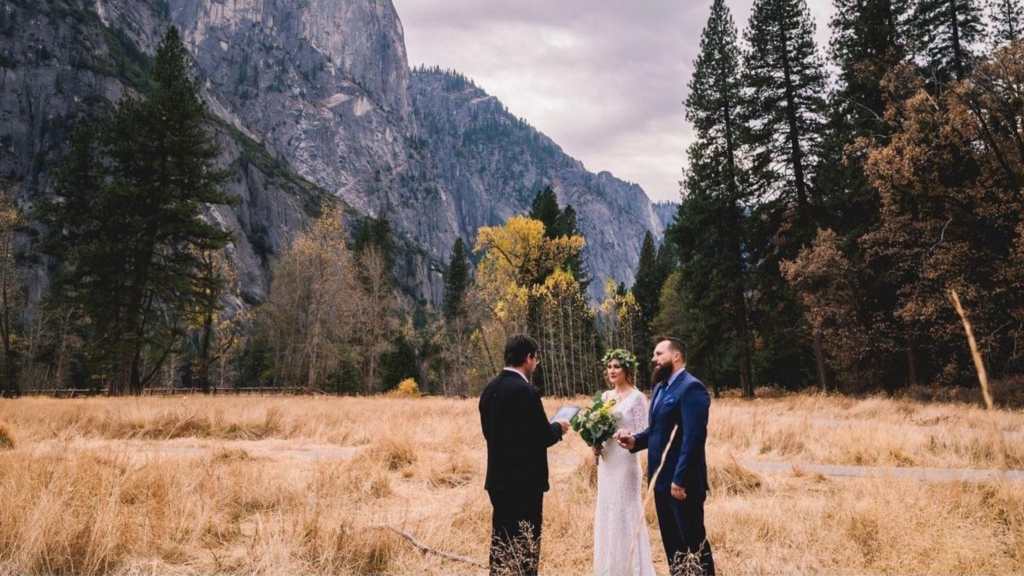 5 Qualities Of A Wedding Celebrant

For most people, they will only choose a wedding celebrant once. This means you should understand and… 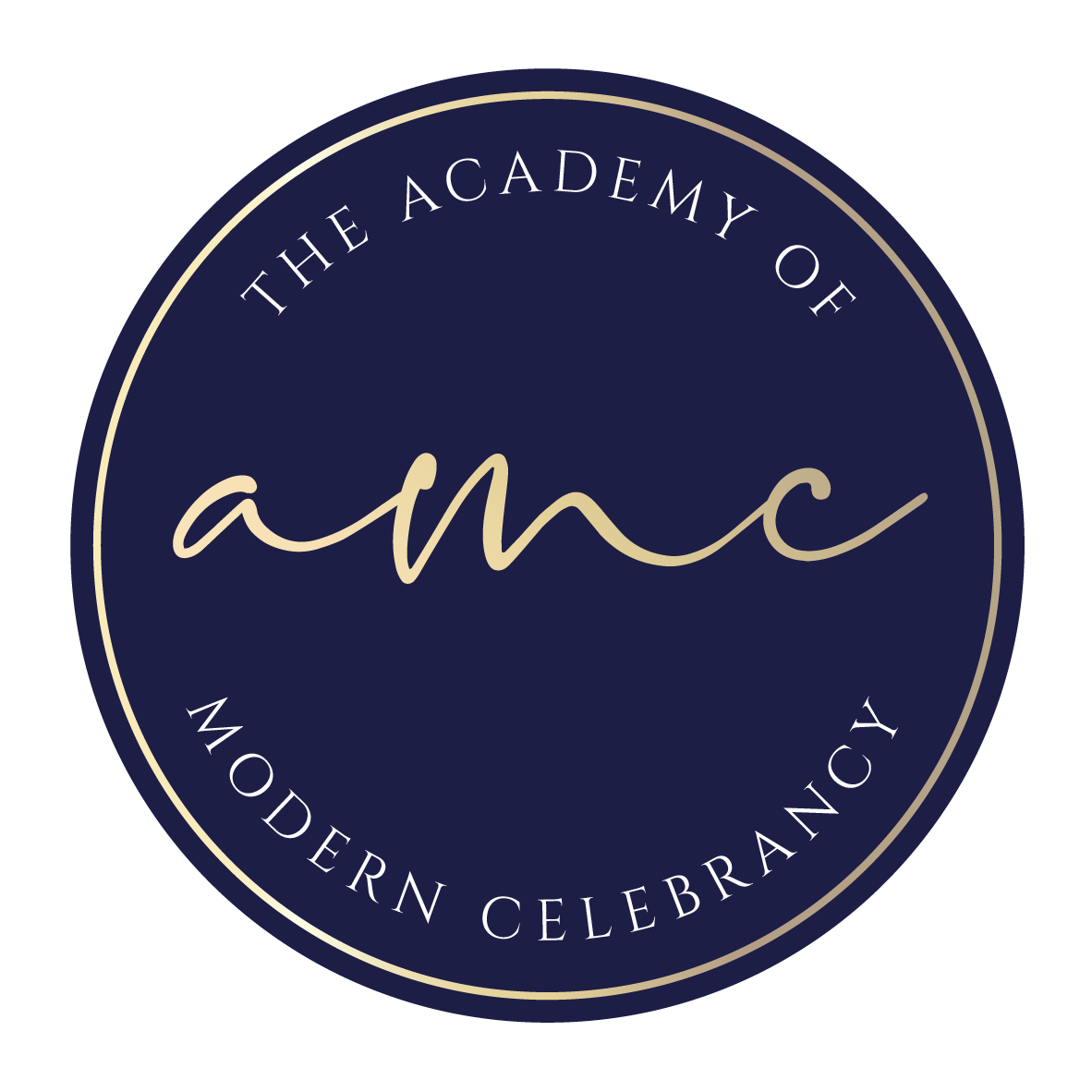 A new, modern and comprehensive approach to Celebrancy to stay ahead of the game in the ever-growing market.
We take you from certification to creating the business of your dreams. 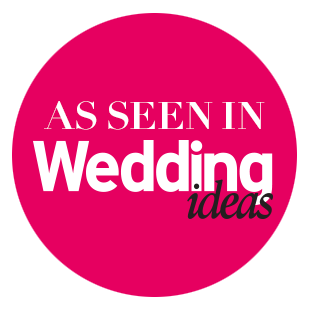 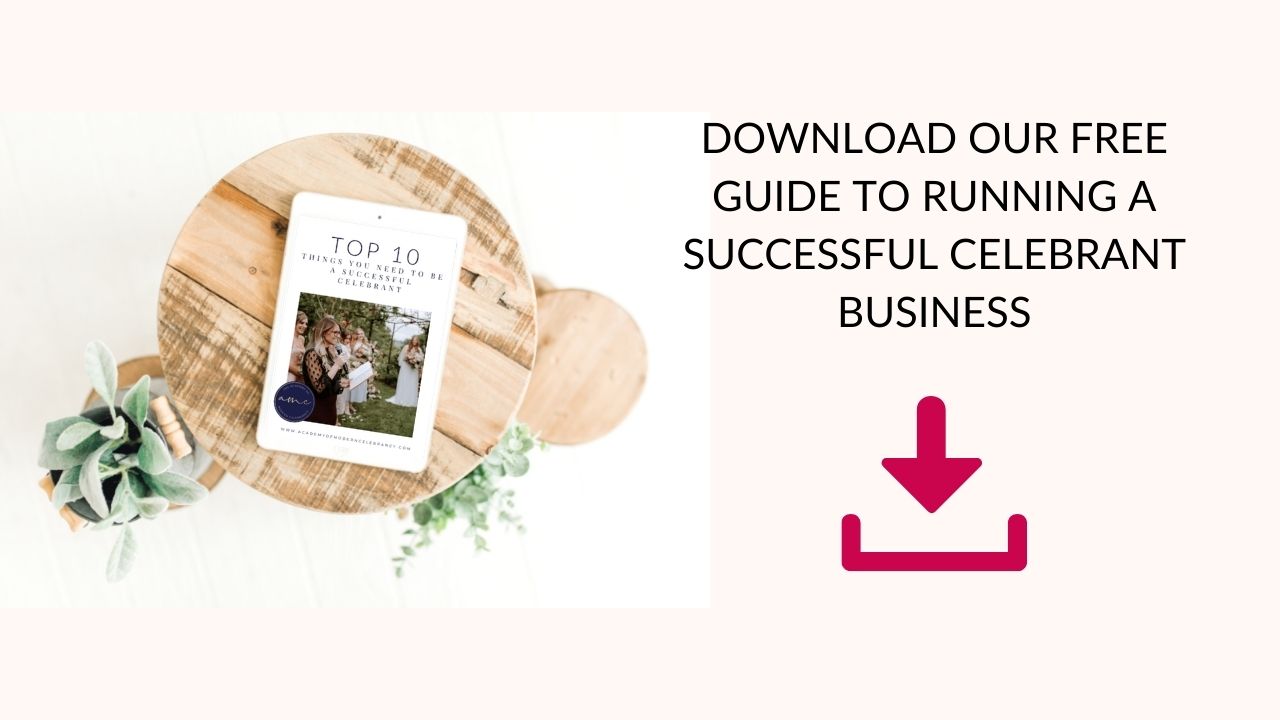 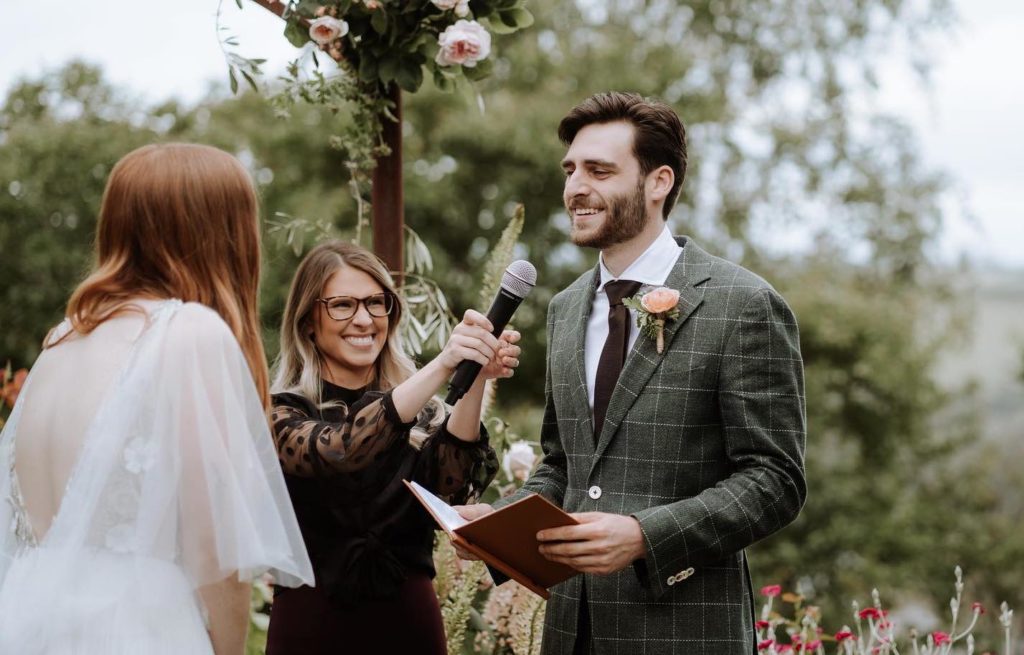 What is an independent celebrant? Online Celebrant Training

Independent Celebrant? Registrar? Humanist? Officiant? It’s easy to get confused between the different terms, since they are… 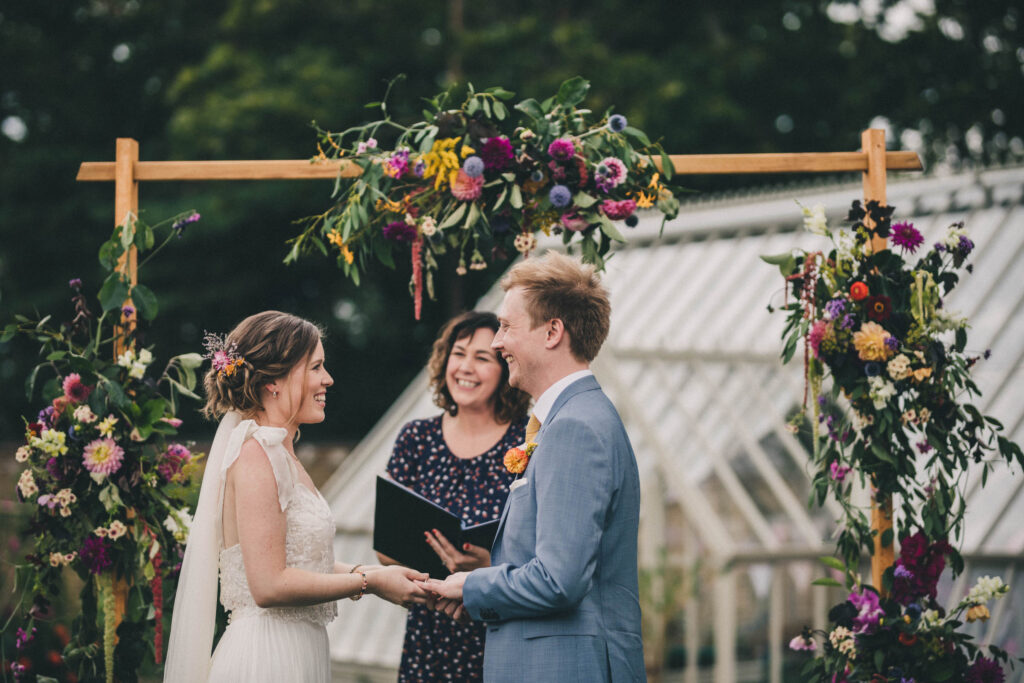 What Makes a Good Celebrant?

A celebrant has the power to make or break a ceremony, whether it be an upbeat, positive… 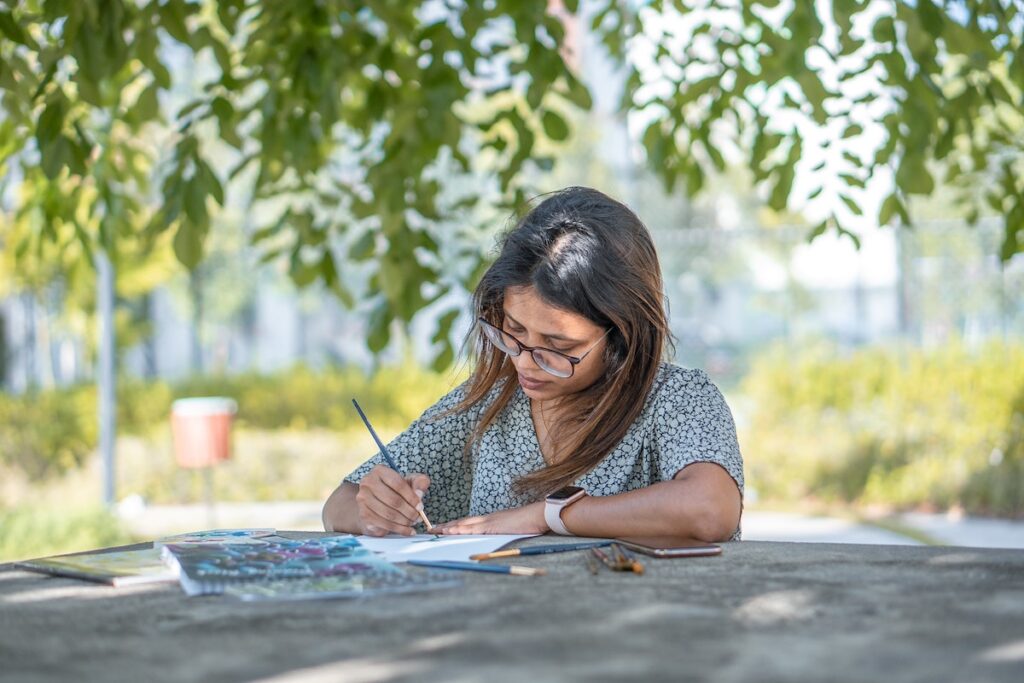 How to write a Wedding Ceremony Script

As celebrants, we sure do love to write ceremony scripts! It’s the best part of the job!…